As a clinical hypnotherapist who firmly believes that we create our own reality, including the health and well being of our physical bodies, I was asked by a client recently as to why the heck I would create Diabetes in my body. What is the purpose???
Now before I explain, I would like to say please don't jump all over this and give me grief over this belief. It is MY experience and MY opininon and I dont expect everyone to agree. I have these beliefs for a good reason and maybe one day I will write about it, but for now, I will keep this short and sweet. (no pun intended)

My belief is this; I have all the diseases in the world residing in my body already. What happend to me was a trigger that woke up diabetes in my body, actually a series of triggers throughout my life thus far.

I was born into a family that really only cared about themselves. My basic needs were met and my other needs as it suited their lifestyle. I was hypoglycemic as a child, was not given regular meals at regular times and therefore was constantly sick and in the hospital. I was never tested for diabetes, and the fact that I would faint from low blood sugar didnt seem to ring any bells for the adults in my life including the Dr.s.
My parents were told I was fainting to "get attention". I was also raised to never question authority, and to be seen and not heard, so I suffered with this my whole life. I ate like a horse, drank water constantly and was accused of being anorexic because I was sickly thin.
It wasnt until I was pregnant at 25 that I was diagnosed with gestational diabetes. I wasnt diagnosed until 3 days before my son was born so I didnt recieve any treatment for it. I was also told I would need to be tested for it every year from then on.
I had moved and got another dr, who I told about this, and was under the impression that every year when I went for my check up and blood work that it was being done. (no phone call meant everything was good)
So when I went through my stressful trigger... divorce, my health had deteriorated so slowly I hadnt noticed it much. Lack of energy, I attributed to getting older and working my butt off, female vag infections, kidney infections, bladder infections, I thought maybe I wasnt drinking enough water. My energy level was getting worse, I had a pocket full of m&m's just to make it through a work day, and one day ended up driving to the border when I was on my way to work and have no idea how I got there and really didnt know where I was.
I went to a walk in clinic because I had again moved and hadnt had a family dr yet. She asked if I was diabetic and I laughed and said not a chance... I get tested every year!!!
She requesitioned my file and found out that I had NOT been tested since the birth of my child!!! that was 18 years!!!!
Ok so back to how and why I created this disease...
the how was ignoring my own mind and not questioning anyone. I had lost my own sense of self when I was a child and going through not one but TWO divorces, a stress I dont wish on my worst enemy. I kept hoping every night when I went to sleep I would never wake up! I was angry at myself for being so miserable and negative. Not wanting to dwell on the negative...I stuffed my feelings and moved on. All those feelings have to come out somehow, and it came out in the form of diabetes, a disease which I could not ignore, a disease that makes me take extra special care of myself. I now eat better, question EVERYTHING and am able to help others through my own experience. That's why me! 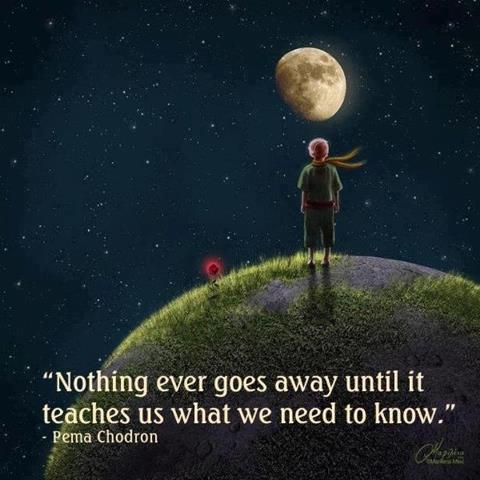 I am now fed up with D and would like to create a different reality.

Your questioning nature and insights are taking you to a powerful place where you can consciously create your reality. I get the impression that not too many of us get to that point, so kudos to you! Personally, I'm not at that place of full acceptance even though intellectually I know that if I own all that has happened to me I can also claim the power to better my reality. For some reason (fear of disappointment? ego? laziness?) I continually forget that what I believe literally is my reality (what I think becomes my reality)and fall into comfortable habits of cynicism/pessimism/limiting thoughts. C'est la vie!

LOL I too have my days where I am angry and exhausted and had enough, wanting to pull the blankets over my head… I choose to look at it this way simply because I know that if I dont… I will end up in a very ugly place and give up.