Eli Lilly, one of the makers of insulin, is entering the insulin delivery devices business. A serious competitor for Medtronic, Insulet and Tandem?? Maybe, but is this good? How will the smaller existing pump companies survive with this additional competition?? 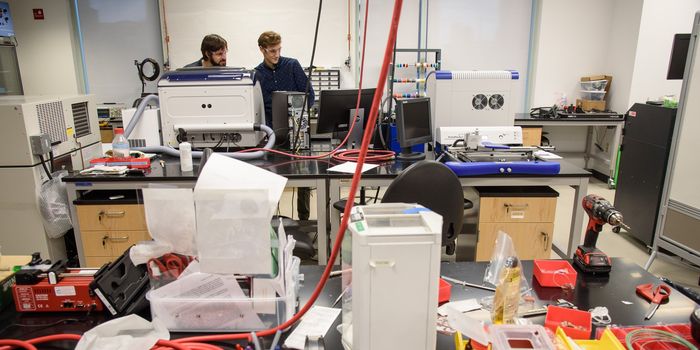 Eli Lilly, one of the biggest makers of insulin, has been planning a risky new business venture: making the high-tech devices that deliver insulin to diabetes patients.

Unfortunately WSJ is a poor reference for free news. Lilly has been pursuing insulin delivery for a while, the actual big news is the partnership with Dexcom. Below are two sources of more information:

thanks for the links! cant wait to see what it will look like, etc

no photos, no specs, no feature list? so what do we know about a possible new pump?

@Amy2 and @Dave44, whwn I posted this article on Facebook I was able to read it entirely, but I cannot do that here.
Here is the article:

"CAMBRIDGE, Mass.—Eli Lilly & Co., one of the biggest makers of insulin, has been planning a risky new business venture: making the high-tech devices that deliver insulin to diabetes patients.
In a research laboratory Lilly opened here in 2015, scientists have been developing a wearable, automated insulin-delivery device designed to reduce the decision-making and guesswork of conventional insulin injections. They are also developing a “smart pen” injection device that can wirelessly transmit dosing information to a patient’s phone, to ensure proper dosing.
Lilly’s previously undisclosed projects, for which the company has enlisted several design and device-firm partners, including the inventor of the Segway scooter, is an unusual example of diversification at a time when much of the drug industry is moving in the opposite direction—shedding nondrug businesses to focus on pharmaceuticals.

The company has outside help with the project. Deka Research and Development Corp., the R&D firm led by Dean Kamen, inventor of the Segway scooter, is designing the pump for Lilly’s product. Lilly has also tapped Dexcom Inc. to supply devices that attach to a patient’s skin to monitor blood-glucose levels continuously.
And last year, Lilly acquired a privately held Montreal startup, Class AP, to gain software algorithm technology that will make decisions about how much insulin to inject, and when. Lilly hasn’t previously disclosed these deals. The companies declined to disclose financial terms.
About 30 million Americans have diabetes, according to the Centers for Disease Control and Prevention. Keeping blood sugar in a healthy range can help prevent immediate risks such as passing out, and reduce long-term complications such as vision loss and kidney disease.
Lilly’s Cambridge lab occupies two floors of a new six-story building on the edge of Massachusetts Institute of Technology’s campus. Lilly has hired about 40 people for the lab including mechanical engineers, material scientists and industrial designers.
Deka’s Mr. Kamen, who was visiting Lilly’s lab on a recent afternoon, reached into his shirt pocket and pulled out a prototype of the pump—a white disk about the size of a shoe-polish tin. The disk carries a 3-day supply of insulin and is attached to a tube that delivers the drug into the abdomen. A patient could carry the disk in a pocket, he said.
The current version of the Dexcom glucose monitor is about 1 ½ inches long and can adhere to the abdomen or upper buttocks, with a small wire that pierces the skin to sense glucose levels. Patients will be able to control the system using an app on their phones, Lilly said.
Write to Peter Loftus at peter.loftus@wsj.com "

Tell Lilly to get a move on! I’m not getting any younger, and my diabetes isn’t going away!

IMO, it’s such a shame that MM didn’t buy out Dexcom and use their sensor tech. sigh. I can’t say enough bad things about MM’s Soft-Sensors and Enlites.

I’m happy to read another viable competitor is entering the smart insulin pump market. Even though Medtronic dominates this market, my hopes for the best solution rest with Beta Bionics and Bigfoot.

We’ll see how an old established company like Lilly can compete in this specialized niche market. I hope that they surprise us and strongly tap into the patient mindest as they develop this product.

This is an interesting move by Lily. Last year the top scientists at Novo were interviewed and said Tresiba is the best they can do and did not see any future basal developments. For the prandials nothing can be developed to be better than afrezza for first phase release. Now we see Lily moving into the “eco-system” and monitoring and away from insulin development.

This was pretty much signaled at ADA2017 with the big move to “monitoring” - Medtronic/SugarIQ; Roch/MySugr; Sanofi/Onduo; etc. ADA2018 will be more monitoring and Beyond A1c and “time in range”.

just copy the posting headline and google search it, you will find the info you want.