Hey I’m so fustrated with my insurance company.
So I have severe hypoglycemia day and night.
During day it’s around 70-100 at night it’s between 35-65
My endocrinologist told me that I need the dexcom g6 so it alarms me at night.
I don’t have tumors or anything else all my blood work is good.
But my insurance company Denied the dexcom twice and even the appeal has been denied.

What now? Can I hold my insurance company responsible for any hospital visit because they don’t want to prevent hypoglycemia?
My doctor put me on proglycem to raise my sugar but after a week of still having lows at night and suicidal thoughts during daytime I stopped this medication.
Now I’m back to square one. Still having lows and still concerned I might not wake up one day.

Insurance company is saying that the dexcom is NOT FDA approved for hypoglycemia.
But it is approved to prevent hypoglycemia. So am I just stupid or is this just bureaucracy bullsh…

Who has tips to get the dexcom in this case? Or should I just die and let my other half suit the sh… out of my insurance company? 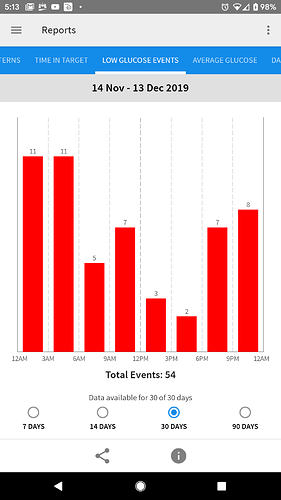 First, regarding your survival - I’m sure you have tried dropping insulin dosages. You on syringe insulin?

Things may have changed over time. But, originally, my Doc had to file paperwork indicating that the device was ‘a medical necessity,’ in order for me to get coverage. This was long ago. There were criteria I had to meet. My Doc had a talk with me about it (because perhaps she anticipated future problems that might stem from it).

For instance, one way of proving that the device was necessary, was to state that the pt had hypoglycemic unawareness. My Doc had a talk with me about this because then this is in the medical record PERMANENTLY. Because Doctors tend to parrot whatever the Doc before them said, I still hear that repeated by new Doctors. But, I would rather have the device covered.

There may be an issue with how the paperwork was filed. They have to be like lawyers and say everything just so.

The only thing I can suggest is calling Dexcom to see if they have any ideas?

A lot of countries government health programs don’t pay for a Dexcom or even Libres, so people self fund them. But in the US the system is expensive. In the UK they self fund/pay $175 a month for reader, sensors and transmitter.

But I don’t think if you even manage to get it from another country it will work in the US?

The other alternative is to save on money by restarting the sensors, I wear mine an average of 26 days, however Dexcom is trying to stop that as soon as people figure out how to do it, so I’m not sure you can count on that.

The short answer is to contact Dexcom, they should know what your insurance company needs to hear in order to get approval.

The longer answer is to recognize that a Dexcom CGM is only going to provide you with every 5-minute information. You and your HCP will have to figure out what that info means and what actions to take.

So in the time you have between now and Dexcom approval, shipment, receipt and training, what are you doing that’s most successful for your overnights?

Is there a difference between that and the nights where you are dropping to a dangerously low level?

As @Terry4 mentioned the other day in the “What is your Superpower?” thread:

Wishing you the best outcome!

Also have you looked into Reactive Hypoglycemia?

Reactive hypoglycemia: What causes it?

Reactive hypoglycemia, postprandial hypoglycemia, or sugar crash is a term describing recurrent episodes of symptomatic hypoglycemia occurring within four hours after a high carbohydrate meal in people with and without diabetes. The term is not necessarily a diagnosis since it requires an evaluation to determine the cause of the hypoglycemia. The condition is related to homeostatic systems utilised by the body to control the blood sugar level. It is described as a sense of tiredness, lethargy, i...

Also, don’t die on this hill. Your better half needs you and vice versa.

Seek the love and the laughter together, cry tears of unhappiness and joy together, live through the struggles and come out the other side knowing that you gave all for each other.

I hear you, this is tough. The fight and the journey are worth it.

First, regarding your survival - I’m sure you have tried dropping insulin dosages. You on syringe insulin?

Given that this person was put on Proglycem, this is probably about non-diabetic hypoglycemia and thus Dexcom coverage for someone who doesn’t have diabetes.

Just got home from a restaurant ate a big hamburger with fries and a queso cheese dip for starter and this is how my readings are of today. The burger was at 6:15pm 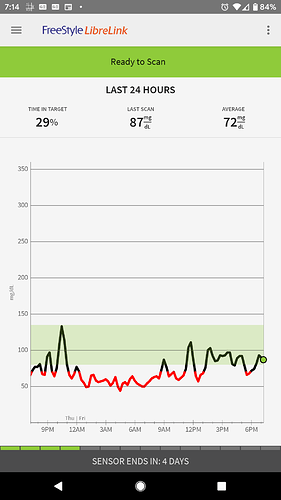 Oh, shoot. There was someone similar on the forum about 6 months ago. Interesting. Tricky.

Are you in the US? Do you have a spare $1,000 to drop on a transmitter?
Maybe we could supplement you with some sensors. I would borrow you my G6 receiver, at least until this gets figured out. This is pretty serious. You shouldn’t ddie waiting for insurance to cover it. This might be a pay out of pocket situation. Can work on getting reimbursement later.

I don’t understand why my insurance company is not covering it because non diabetic hypoglycemia is just as dangerous if not worse I mean if you have diabetes it is not dropping out of the blue it is a men made error I mean then you have dosed tomuch insulin I guess. The only thing I have is my other half that might give me glucagon if I’m not waking up and he is traveling most of the time.
Thanks for your offer but I can’t accept it. You need it just as much

Lets get this worked out.

I have a transmitter that is not dead yet. I’m not sure how much life it has in it, yet.
But, it might get you through in the mean time. Or, at least, to try it out and see if it wakes you up at night. I’m operating off of my iPhone, so I’ll be fine. I could send you a couple of sensors.

If you instant message me your address, I’ll put supplies in the mail tomorrow.
All I ask is that you send back the receiver eventually. No rush. If you need to borrow it for a while, I’d much rather have you be safe and not super stressed out. Its not a big deal.

This is getting trickier, especially with the new lawsuit Abbot just filed to stop stuff like it, but have you considered Miao Miao??? It turns your Libre into a CGM.

I believe it is now working on the new Libre’s/ Someone here will know more about it!

Something to do while you get things resolved about a CGM is to start eating low carb or no carb. Eating hamburgers and fries is NOT the way to do it. Reactive hypoglycemia, which you have, can be controlled by cutting out as many carbohydrates as you can… avoid potatoes, anything made with grain such as bread, cake, cookies, rice, etc. A Keto diet will help. Look into it. A change in diet might do it for you and you may not even need a CGM. Or it might tide you over until you get that issue sorted out.

This might be the thread @mohe0001 was thinking of

I have been eating banana chips which have a pretty good carb to fat ratio. It seems to work better than glucose tablets. I rarely have juice around though so I haven’t tried it yet. I’ve also been staying away from rice but it’s hard! I’m trying to introduce rice back in my diet and it seems to be okay with lots of veggies. Just with protein and my blood sugar spikes (I say spikes, but it only goes to 145 or so) and then plummets though. I talked to my endocrinologist about all this stuff and …

I haven’t read through these but maybe they can help…

Hypoglycemia Without Diabetes Type 1 and LADA

In the 1980s I was teaching an evening math class in a summer session at a community college. I had a student who told me she had hypoglycemic episodes, but she did not have diabetes. I gave a math test one evening, and she had low blood sugar. I agreed to give her a make-up test at a later date. She wanted to take the test on a weekend, and I found that she did not live very far from my house. I scheduled the test at my house on a Sunday afternoon. She knocked on our door, and she was sweating.…

I am by no means an expert or medical professional. But I do have several people in my family with a similar issue. Sometime back I came here to TU and asked about this because my stepson was having severe lows. The overwhelming response that I got was that hypoglycemia is very often a precursor to type I. In fact, now that I have an understanding of how I feel when my blood sugar is low (type I and using a meter) I realize that I had hypoglycemic episodes going back as far as 40 years. They bec…

I have a family member who is hypo. He is early 20's and otherwise physically in good shape.He has not been DX'd and is reluctant to go for testing. He is however, researching and learning all he can, but says he doesn't want to know all the bad news. He has not had his A1c checked, but he does test some. His FSB is typically about 40, even though he eats before going to bed. He is being careful with his diet and is tracking what he eats. The reason for my post is to hear any personal insights a…