I came across this recall in my Bing news feed, it originated from a news service in the UK. This recall was issued in the UK.

It appears that Coca Cola has had an error in packaging resulting in Original Taste Coca Cola product being mixed in with their Zero Sugar variety in their Christmas cardboard packaging. Since Coca Cola is bottled locally, I suspect this only affects people in the UK. The number of mis-labeled packages is limited.

There is a danger to diabetics that are limiting their carb intake (like most of us) who might consume more carbs than intended if they consume the full sugar Original Taste by accident.

Coca-Cola recalls popular product due to possible health risk - ‘do not drink it’ | Express.co.uk 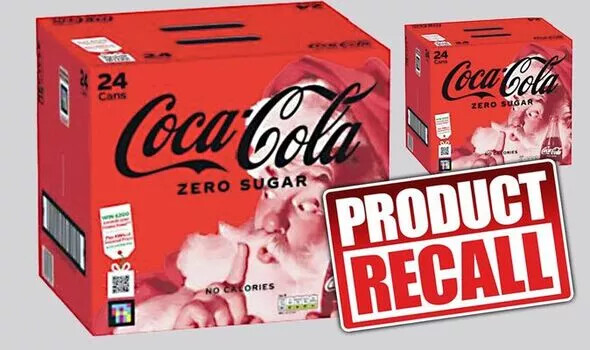 Oh my. That is aweful.

Wow, this has only happened to me in restaurants where they mistakenly brought regular cola. Interesting.

The picture is perfect! Santa knows and he isn’t telling anyone, lol

When I use to drink sodas, I would just run it on my finger stick meter. It’s diet if is low like 25 and if it says hi. It’s real sugar
Strangely enough the finger stick meters catch all simple sugars not just glucose but also fructose and mannitol so even corn syrup will be caught by the meter. I get that the boxes were is labels but we’re the cans also labeled wrong? That’s a big mistake if so

Oy! Good catch mate! Absolutely brilliant, eh… Pretty scary when you think about it and never really thought about others accounts of mistakenly getting the wrong product in a restaurant. One of the many reasons I love this blog/forum!

Thanks Gary! (by the way, I just have to ask - stemwinder, is that in reference to those watches that you would have to wind the stem to keep running? I remember my watch first few watches that worked that way!)

I just have to ask - stemwinder, is that in reference to those watches that you would have to wind the stem to keep running

My first few watches were also of the wind-up variety. Actually my first watch was a basic Timex brand. If you’re old enough, you will remember their catch phrase “It takes a licking and keeps on ticking”

But no, Stemwinder has nothing to do with watches. It is a nickname given to me by my uncle, a play on my family name.

Not sure, but I think only the outer packing was wrong.

Hope I wasn’t being too personal in asking but thanks for the explanation! Gave me a chuckle! And yes, I’m old enough to remember that ad phrase as well as others!