Anyone else having recent issues with Dexcom service?

I swear hold times get longer with each passing day. I hope they hire a bunch more folks to man the phones–folks that they have properly trained.

Yes, seems to getting worse as time goes by. The hold times to speak with anyone in that building are ridiculous. I was on hold for 40 minutes the other day. They have not sent me an email to reorder in 3 months. Dave, I know you have Medicare, I have Kaiser, this is not a problem isolated to a certain insurance provider.

I recently was on hold for a while, then got the message that I had the option to have them call me back instead of waiting on the line. I took that option. They never called me back.

I took that option. They never called me back.

The callback may not be the same day. I tried that option once also. Not again.

If I call in now, I simply remain on hold until I get somebody.

The callback may not be the same day.

Same week would be good though. It’s been two.

There’s definitely something going on internally with their customer service. I won’t go into all the details of my last conversation with them, but they thought it was perfectly fine to send me 2 sensors to cover a 35 day period. According to the rep I spoke with, if they send out anything to you no matter what the reason, this causes their system to change the automatic reorder date. I argued with this person for 3 hours about how it was unacceptable that she thought 2 sensors were sufficient for a 35 day period. I’m also wondering why all of a sudden my sensors barely have any adhesive on them. After I settled my sensor order debacle I was too exhausted to get into another subject with her.

According to the rep I spoke with, if they send out anything to you no matter what the reason, this causes their system to change the automatic reorder date.

Yeah. That is false. lol. No dis on you - the rep just clearly was mistaken.

Yes, they are currently absolutely horrible, which is in stark contrast to their previously fantastic customer service

I’ve had the same experience as many others. I started with Dexcom in late March and thought I had never seen such good Customer Service anywhere. Now it seems their CS is non-existent. I have given up waiting the last few times I called, and actually opted for a call-back the last time. They did call back a day and a half later, and said they are allowed up to 3 days to respond. It has been a month and a half since my last order and they haven’t called, so will have to call in this week. Not looking forward to that.

I get my dexcom supplies through Byram. Before Labor day, I ordered sensors online ( I think on Wed) and they shipped within 2 days. But with holiday weekend, took an extra day to get delivered. (This past Tuesday). I’ve always had good service with Byram, and minor problems corrected quickly with minimal interaction.

I get my dexcom supplies through Byram.

We were getting our Dex from Byram. But last reorder, I couldn’t manage to get the process working. Switched back to Dex. Not really sure if that is better or worse.

I am going to send an email to the Dex CEO. Just asking for them to put reasonable hold music instead of that stupid little loop they have. Seems a small enough “ask”. 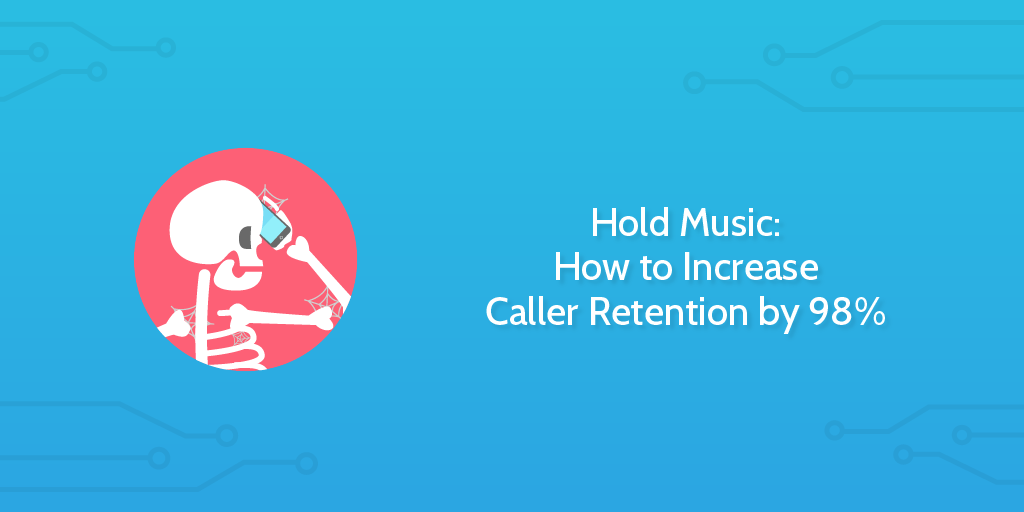 Hold Music: How to Increase Caller Retention by 98% | Process Street

Use these hold music tips to increase caller retention by 98% and give your team time to solve their problems.

Actually the hold time was not that bad today with Dexcom. Maybe 25 minutes?

Also as an FYI if on the G5 and wanting to upgrade to the G6.

When Dexcom (or other people) speak as being in warranty, they are discussing the warranty on the Dexcom Receiver. If you already have the new touchscreen receiver, this is not necessarily relevant as you do not REQUIRE a new receiver. The touchscreen receiver is able to be remotely updated so as to work with the G6 (at which point it would no longer work with the G5). At least as far as I understand it - we have not done that. Yet.

If your last Dexcom transmitter order was a pair of G5 transmitters (and a 90-day sensor order) then you can request the upgrade 90 days after your last G5 order. You do not have to wait the more typical 180 days and go through both transmitters. The sensors would be billed to the insurance as typical (another 90-day sensor supply) and Dexcom will provide one G6 transmitter at no charge through the upgrade program.

Then in 90 days from that, you would be able to reorder as typical and get the two transmitters (180-day) and sensors (90-day) which the insurance [USA commercial] would be expected to cover [typical co-pay/deductible/co-ins/whatever].

If Dexcom already has a valid prescription on file for the G5 (not sure how long those last) then it is not required for a new prescription specifically for the G6.

I’ve been in process to get the G5 since mid July. I thought we finally had it all sorted out then they called me this morning to let me know that there is a “conflict” with my primary insurance and Dexcom and my order (if that’s what you call it) is being transferred out to US MED for processing. When I pressed for answers and asked about the email sent to me last week the rep told me that they were “just informed” of the change. Total BS. At least she sent me an email with the new contact info.

I had so much trouble with Dexcom reorders that I switched to the FreeStyle Libre. I can buy those at my local pharmacy and don’t have to wait for them to be shipped. Also, I like the Libre better than the Dexcom. It doesn’t need to be calibrated, is easy to apply, and lasts for 10 days. The only thing the Libre doesn’t do – that the Dexcom does – is produce audible alarms. I use the Libre often enough that I don’t need alarms, and I hated the way the Dexcom shrieked at me.

Keep in mind your comment about switching to Libre does no good for T1’s who need nighttime alerts. Heck I need the alerts throughout the day; not just when sleeping.

Yes, I just transitioned to Medicare and have to go directly thru Dexcom for supplies. I began the registration process 3 weeks ago and never heard back. Will be calling this week when I have an hour to spare.

Yes, they’ve certainly not covered themselves with glory.

I first started with Dexcom about 3 years ago. Right off the bat, there was a problem: they couldn’t figure out who I was based on my registration. The web guy was called in, and he blamed the software, and had me re-register under a new name, yadda yadda. Didn’t fix anything.

At this point I was seriously concerned about getting my supplies, so I kicked up to management, and the problem was fixed. For a year. Then they couldn’t fill an order because my insurance company hadn’t approved it. So I called my insurance company, and they said they hadn’t approved it because Dexcom hadn’t sent the request, dohhhh. That was embarrassing for Dexcom, but they sent the request and it was approved in 20 minutes. This happened two or three more times before J&B took over. They’re so bad they make Dexcom look good, sigh.

And let’s not get started on the totally contradictory technical support I’ve gotten: my transmitters don’t give a warning before they die because . . . uh, it’s your fault. How? What am I doing wrong? Uhhhh . . .

And now they’re even worse, because it takes forever to get someone on the phone. Does Dexcom seriously think they will always have this hold on the market? That nobody else is going to make a CGM? They need to copy what Insulet has done. Their CS is excellent, in my experience. No more than a 5 minute wait, knowledgeable people, and they solve a problem fast.

Damn, Dexcom - do better, dammit. You’re charging the earth for your stuff.

Short answer - YES. Spent several hours over the course of several days trying to assure I received both sensors and a new G5 transmitter; both did show up although 2 weeks late Their standard excuse was that they are really busy with G6 updates. Using the Medicare phone option did not help even though Medicare does not yet allow us to switch to the G6.
I love my Dexcom but they need to do much better.

And lets not forget the near-constant “transmitters are on back-order” refrain from Dexcom. Even the G5 has not escaped that problem, although it’s worse for the G6.