I use my CGM 24/7. I try to clean the adhesive residue from the transmitter when I take it off for charging, but get so frustrated because it nothing seems to work.

I’ve tried alcohol pads, soap & water, Goo Gone and my nails. I’m afraid to try other methods that may hurt the transmitter.

What do you do?

WD-40 is the best for sticky stuff - not kidding

stick the test plug into the xmitter prior to using solvents.

Great ideas guys. Thanks. Now I’m off to find the test plug, got some wd40 in the garage!

I use Unisolve to remove sticky residue from my skin after removing a Dexcom sensor. It works very well! You can get little pads of it for a reasonable price on Amazon.

Thanks!! I just ordered some to get the residue off my skin. Will try on the transmitter too.

I’ve used UniSolve to get adhesive off the skin and it kinda works, but you have to keep scrubbing and rubbing. So instead of trying to get it all off, I just dust it with body powder. It doesn’t remove the residue, but makes it non-sticky. By the next day, everything is pretty much gone.

When I pull mine off I use UniSolve on it while the sensor is still inserted. But regardless before you use anything on it (including water) make sure it has a sensor or plug in it.

I asked Medtronic this once. I was already on the phone with them because a sensor had failed early due to two failed calibrations (sigh), so while I had them on the line, I asked.

They said to put the test plug in to seal the hole (otherwise it’s not water resistant). Then to use warm soapy water or alcohol pads.

I don’t do that very often. I use my fingernails after every sensor change to get as much as I can off, then use alcohol pads to get some more off after a couple of sensors. About once a quarter, give or take, I use warm soapy water.

Basically, I don’t try to keep it perfectly clean, as it’s a lost cause.

I don’t like using the test plug, since it tends to make my pump think a new sensor has been inserted. So I turn off the sensor in the pump’s settings, THEN do the cleaning, then turn the sensor back on after taking the plug out. It’s annoying, which is why I don’t do it often.

Use these - hardly any residue 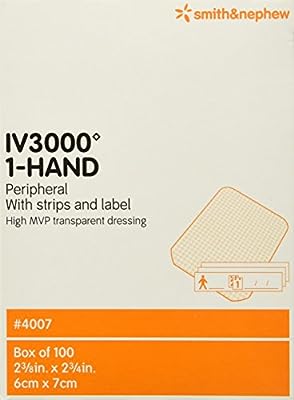 Thanks so much everyone! I feel much more confident about getting my transmitter clean, but not perfectly clean! Like you said CaM2, that’s a lost cause

I wipe it down with 91% isopropyl alcohol when I change it. Keeps it very clean

Thanks everyone for the great suggestions. The quickest, I found, was Uni-Solve. Just a little rubbing with the pad and my transmitter looks like new. Thanks katers87!